One of the “Big Five Bullies” in Africa, it is 92 to 190 cm long, with the tail length from 65 to 100 cm, and weighs from 20 to 70 kg. They have a small and round head and short ears, with black brown spots over the body. Leopards spread in Africa and Asia and have many subspecies. In Africa, they are often called “leopard” and in China, they are called “Jin Qian Bao”. In Malaysia, India and some tropical forest regions, there is the famous “black panther” variety. Leopards mainly inhabit in forests, prairies, bushes, wetlands, wilderness and deserts in Sub-Saharan region. They can nearly adapt to any habitat and can survive from the temperature as high as 70 degrees celsius with the help of caves and dense vegetation. Leopards prey on various ungulates and they prefer medium-sized antelopes. They are good at climbing and often drag their prey up the tree to enjoy. 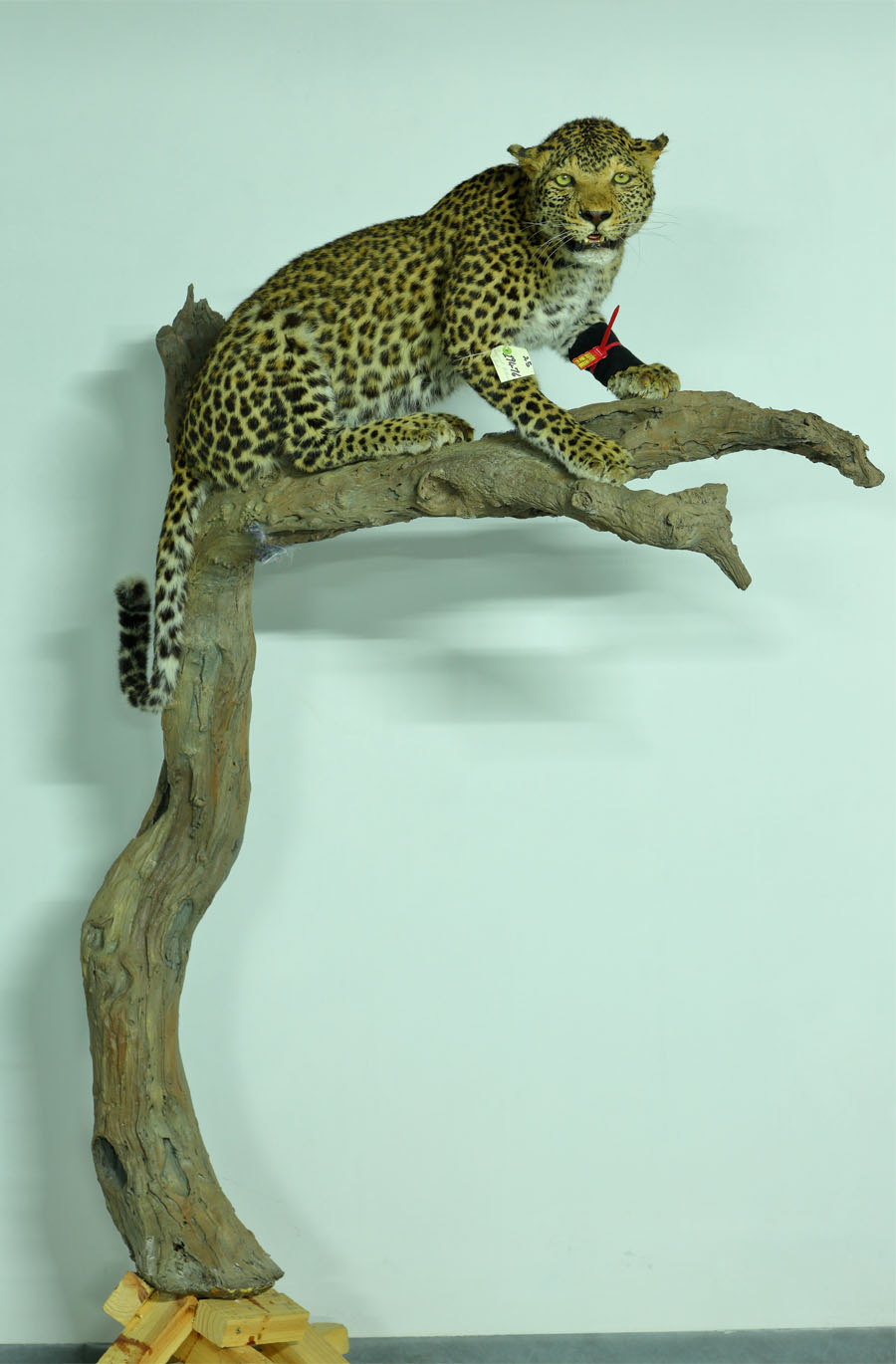