Marionettes were also called Stringed Kuilei or String Puppets in the past as their key parts, like the head, back, stomach, arms, palms, and toes were controlled via strings. Currently, marionettes are primarily distributed in Quanzhou of Fujian and Heyang of Shaanxi. Marionettes in Heyang are a rare traditional Han opera that began in the Han Dynasty, flourished in the Tang Dynasty, and remain active today. Their appearance characteristics have been passed down from generation to generation, along with sculpture art from the Sui and the early Tang dynasties. This female puppet, with its broad forehead, round jaw, long eyes and eyebrows, and small smiling lips, is emoting the same tenderness, beauty, and charm as female Buddha statues and three-color glazed maidservant figurines from the early Tang Dynasty. 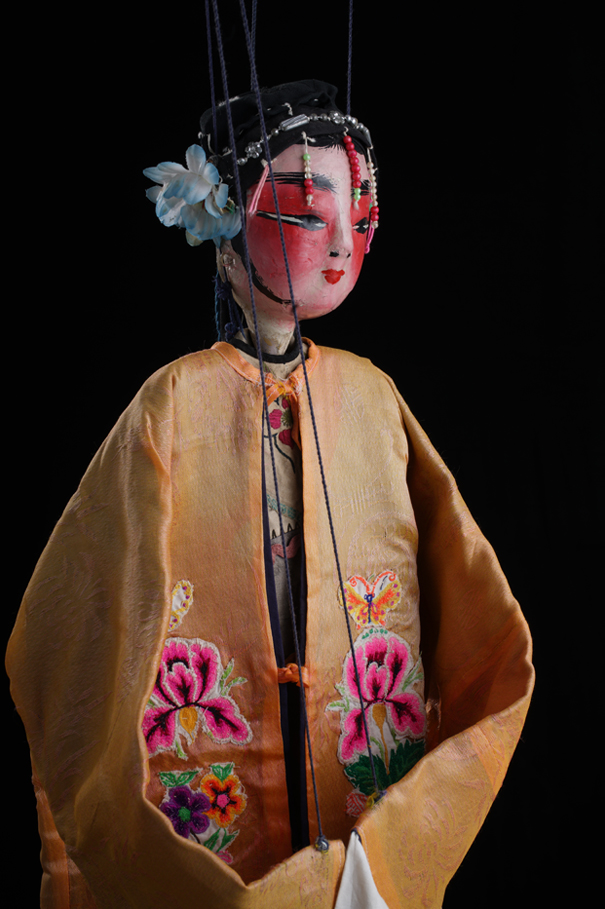