This vase is in a new design of the reign of Emperor Yongzheng of the Qing Dynasty, which had been utilized till the reign of Xuantong, becoming a traditional shape of ware of the official kiln. Usually such vases were awarded by emperors to the officials. The mouth of this emperor-awarded vase has a ruyi-lappet pattern; the shoulders are decorated with patterns of intertwining flowers; the lower belly has distorted lotus patterns on it. The neck and the outer part of the belly are covered with colored patterns of clouds and bats. 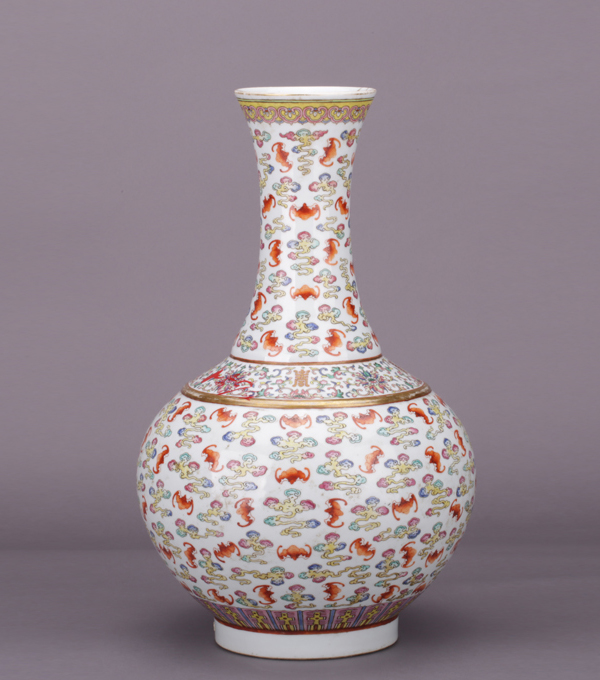